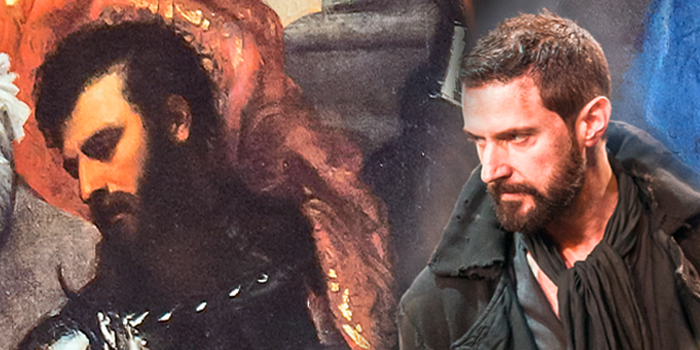 Last weekend my body was in 2015 but my mind was mostly in 1520. What I enjoy the most in my clumsy writing attempts is the time travel for free. I’ve written the epilogue of the famous writing project that probably will never be, but that I think of quite often. I have two “history crushes” and both of them started with a BBC series. My fondness of the Roman Empire started with “I, Claudius” and “The Borgias” ignited my passion for the Borgia family.

Many years have passed since late ’80s; I have read many books about the Borgias, visited exhibitions, places where they actually lived, seen objects that they have touched, letters that they have written. Regarding the books, I recommend you three: one is an historical essay “Lucrezia Borgia” by Maria Bellonci (it’s not an historical fiction but can be read as easily as if it was one), and two novels. O Cesar o nada, by Manuel Vázquez Montalbán, and Blood & Beauty by Sarah Dunnant. The last was a real surprise; after several big disappointments (if I’m in a library and come by a novel with some Borgia in it I buy it) this has been a big discovery. I have finally found my Cesare, the one I’ve always had in mind who says this to Caterina Sforza after taking the city of Forlì:

To come back to my time travel, after learning of the existence of Tiziano’s Pala Pesaro, the striking similitude between the unknown soldier carrying the Borgia banner and Richard Armitage, a story is taking form in my head. As I’m inconstant and unreliable I have not started to write it seriously. I have ideas about the outline, and how will his story mix with Lucrezia and Cesare’s; I have thought also about the research I’ll have to do, and so on. Anyway, in the meantime, I’ve written the epilogue. I have done it also as a warm-up. If I don’t write in Spanish for a while I need some practising; luckily I have some patient friends that will correct my grammar and other mistakes, as I don’t have any Spanish dictionary in my word processing programs.

Therefore, last weekend I’ve written my four thousand words exercise; in it there’s an special guest, Cesare Borgia’s sword and its scabbard. I’ve seen both of them in two different exhibitions. The sword is kept here in Rome, and I saw it in an exhibition about Julius Caesar, and the scabbard, which is usually in Victoria & Albert Museum, was in loan in another exhibition about the Borgia family. I checked the catalogue of the scabbard but I did not looked for info in the catalogue of the sword, as I remembered its shape quite well.

In my epilogue, in 1520, he himself (the name of his character is John, couldn’t be otherwise) has the sword, as Cesare gave it to him before his death in Viana (Spain). I didn’t recall if Cesare had taken the sword with him to Spain or where it was kept, but when reading the article about it in the second catalogue, my heart beat hard when I realised that indeed Cesare took the sword with him and that there are no records of the sword’s whereabouts until the XVIIIth century. Therefore, those two details nailed perfectly in my narration. Consider me crazy and/or lunatic, but I felt profoundly happy when I realised that. Most probably that information was stored inside my head and I used it unconsciously, but that moment I felt in heaven, or rather, confirmed me that indeed last weekend I travelled to 1520.

PS. Richard Armitage has just wrapped “Pilgrimage” with Stanley Webber in the cast, among others. He played, in the European Borgia tv series, the part of Juan Borgia. Mr. Webber had indeed the physique du role and made a decent work. Although the art design of the series was gorgeous (and shot in Cinecittà, I’ve visited the set), the script was what it was. As far as Borgias in the screen are concerned, the most faithful version to reality, even if less glamorous, is still BBC 1981 series.

I am trying to write a decent post about my experience in the Globe theatre. Writing is becoming very difficult to me from the last months. It’s like if something obstructs what used to be a fluid, even if chaotic, current. Now I fidget nervously in front of the screen, the words are pulled out like using a forceps.

This restlessness is now, after my London trip, even more acute than before. I feel also a little bit depressed (I use the italics as the real meaning of the word is something much more serious), or rather, under a kind of psychic stendealhian syndrome increased by a deep sense of frustration for being employed in a work I don’t like (but that I have, and nowadays in Italy is something to be absolutely grateful for), in an office where I carry on my shoulders 90% of the daily work (with a retribution 50% lower of the three thinking minds).

It’s hard when you’ve tasted three days of what you would like your life to be to come back to the real world. I know, the Bard himself wrote that if all the year were holidays to sport would be as tedious as to work, but I’m absolutely sure that, should I have a whole year of sport I will never be bored. There are too many books to read, to many plays and films to see, too many museums and galleries to visit.

Nevertheless, even if brief and intense, it would have been much worst if I couldn’t have made that trip. Should I have planned it for this weekend, right now I would need the bard’s insult generator (by the way, it works also as post titles provider). Three days ago Terminal 3 of Fiumicino’s airport has been seriously damaged by a fire, and 50% of Friday flights, including the one I took, have been cancelled.

For instance, to watch The Hobbit BOFA dubbed and miss a good part of Richard Armitage’s performance. But hubby has beared stoically during all the years that we are together a Turandot, a representation of Othello in English, Coen brothers and Steve McQueen’s films, some chapters of “The Big Bang Theory” and last but not least Interstellar. Next May he will see on stage Ralph Fiennes and Indira Varma understanding one out of five words if he’s lucky enough… therefore I will sacrifice  myself for the sake of conjugal equality.

Happy Saturnalia everyone. Saturnalia were among the favourite festivities of the Romans, and they had indeed so many of them. Gambling was allowed officially, the slaves exchanged roles with their masters, happiness invaded the streets of the city. We would really need that now; I live here in Rome area since 1998 and this year we have small room for hope. The economic crisis is now deep than ever, we are flooded by taxes…

Beta Smaug and Maggie accompanied me in a crisis of ten minutes inspiration I had yesterday, I was writing and when I lifted my eyes from my laptop there they were. 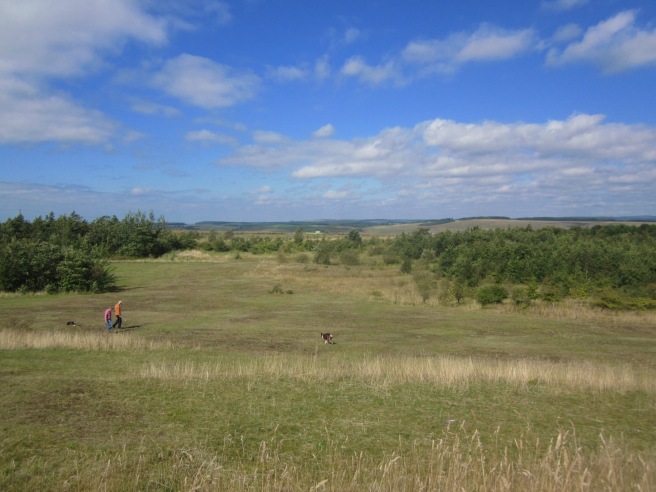 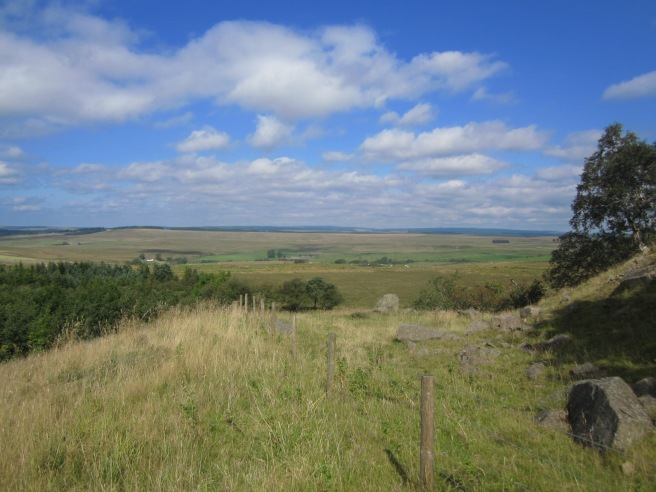 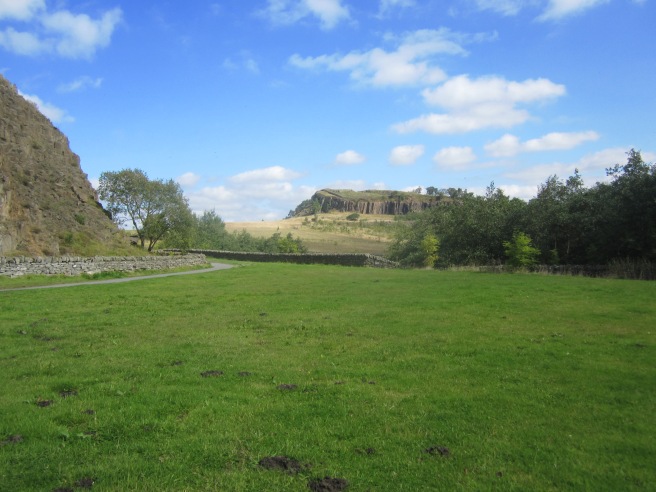 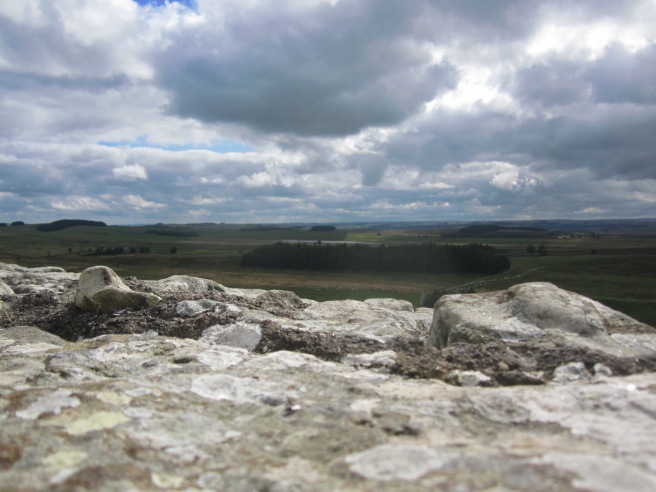 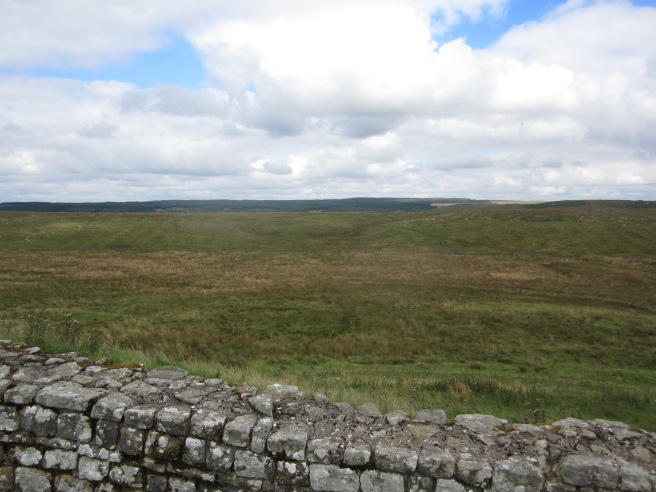 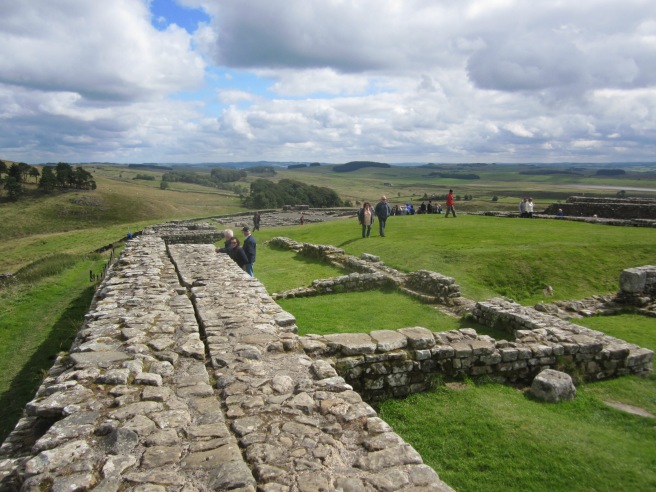 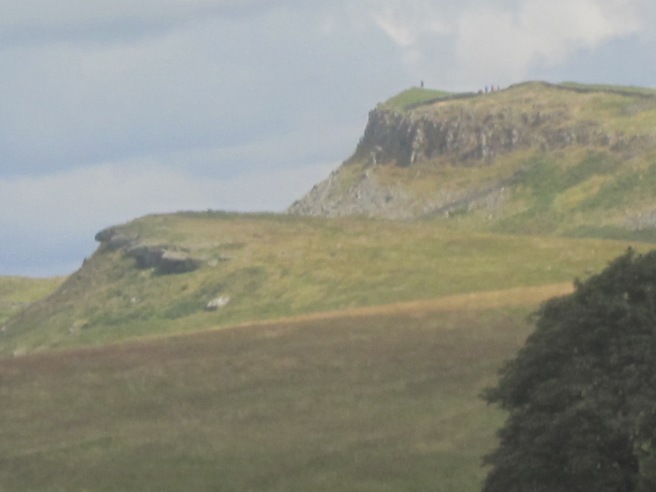 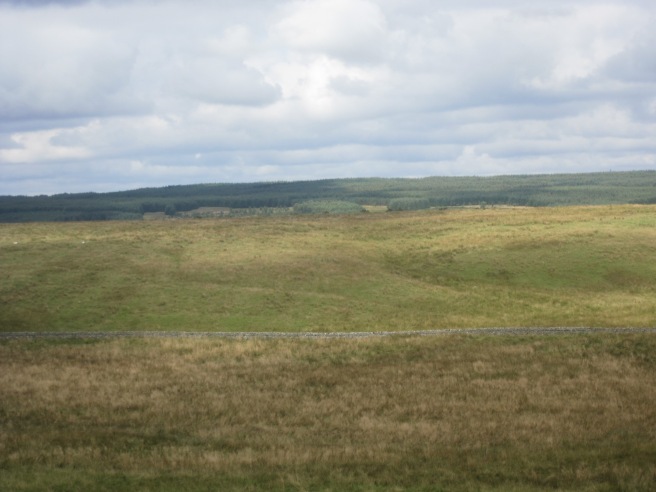 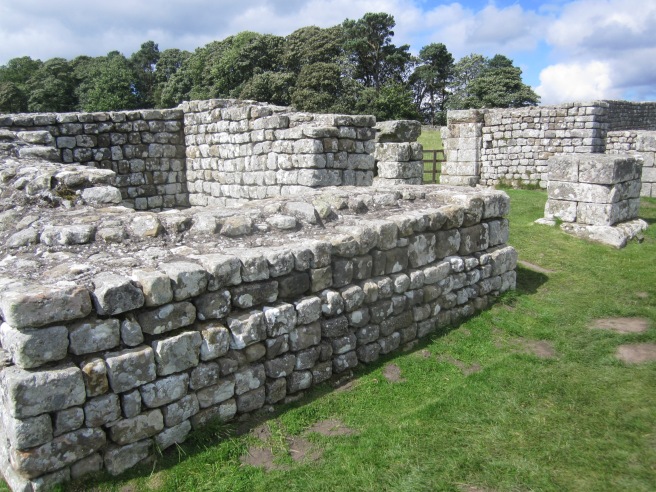 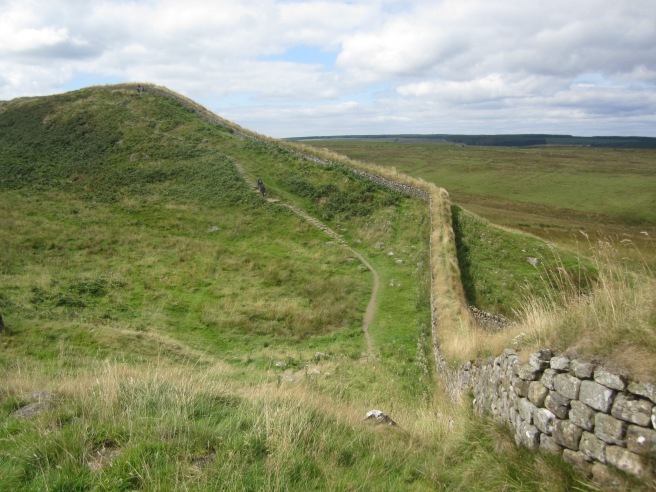 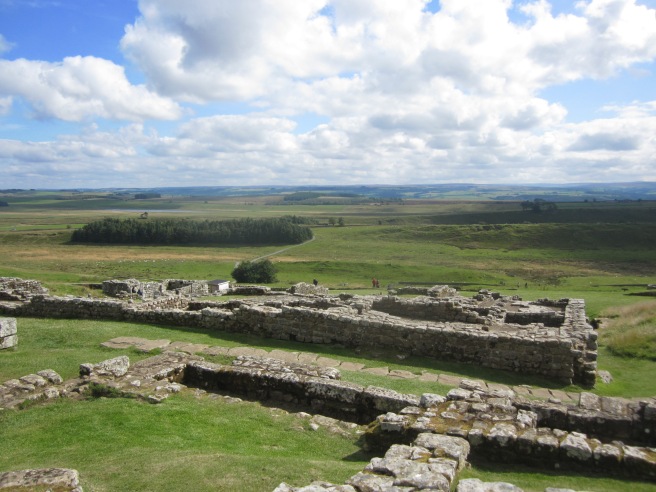 Just in case you wonder how Beta and Maggie are doing. Beta has been just neutered, she was starting to rise her little ass up waiting for special attentions we can’t give her. 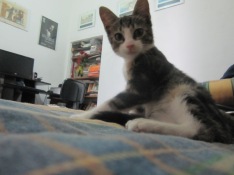 (Above: the girls when they arrived home)

In the meantime “mamma” accepts the girls, if not with enthusiasm, at least without Hanna Thornton haughtiness.

Hopefully in May 3rd 2015 at 2 p.m. I will be in the National Theatre watching the above gentleman, Mr. Ralph Fiennes, as G.B.Shaw’s Jack Tanner, protagonist of Man and Superman.

The leading lady is my very much appreciated Indira Varma (Lucius Vorenus’ wife in Rome) and the co-protagonists are Tim McMullan (Parade’s End – The Hollow Crown) and Elliot Barnes-Worrell.

That will be the main course of my theatre devoted weekend in London. The first one will be most probably Globe Theater’s The Merchant of Venice, as hubby knows the story.

It is said that the first representation of Rossini’s “Il Barbiere di Siviglia” was a compilation of stage disasters: the singer playing Bartolo stumbled in the threshold of his house and fell breaking some teeth, a black cat crossed the stage and so on. I read this years ago and most probably my imagination has altered the anecdote; I know, I could google it and check it, but, remember, I’m quite lazy.

What does Rossini appear in this post? Because I remembered it last night, while watching my husband’s performance in a theatre in Rome. No black cats nor broken teeth involved, but there were some technical problems with the sounds and microphones. He took it very well, those are things that happen and he was so happy for being on that stage that most probably neither accidents nor animals would have erased the smile on his face. It was his first serious professional engagement since… practically always, even if he’s been a musician all his life.

Last night he finally could play two shows in a theatre, with a group of professional musicians and in front of a paying audience: not in a pub for the usual group of friends and relatives.  He was absurdely happy, and I was also for him. Most of all when he was called by the singer to receive the audience’s applause and “bravos” with embarrasment.

This is a weird period, made of , laziness and creativity. As the latter involves writing in Spanish it may seem that I’m desaparecida from wordpress or tumblr, but I have made a decision (oh, wow, sounds so “serious”): I must finish the long and neverending fanfic and then work in the Unknown Captain Project. Which will be also in Spanish. I need to focus myself and concentrate, which is quite difficult with the above gentleman distRActing me constantly and amusing me with his tweets. Real food for thought in many senses… Cambridge Online Dictionary is my witness.

I must and I should focus. I’m in mezzo del camin della mia vita and, as hubby says always: “When I will be in front of Saint Peter… what the hell would I tell him about what I have done with my life?” Most probably my keyboard ramblings will not lead me anywhere, but I must try. I guess that when preparing the Unknown Captain Project I will clean up the long and neverending fanfic of copyright protected references and loans, I don’t think it will be a Herculean fatigue, although I guess it will be quite difficult to convince anybody that my Marcus Fulvius Aquila was born before I ever knew about the existance of Marcus Flavius Aquila.

Regarding the laziness, boss is thinking about changing office’s computers. As you see I work with a machine still with XP installed on it, which has also a bug (thank you bloody *****er who created a mal-ad-ware in an apparently innocent program) impossible to delete that delights me with unwanted advertising pages everytime I use Chrome. But the thought of re-installing again all my programs, configurate the machine and so on simply annoys me.

This absurd I’m still alive and kicking post ends with my sincere congratulations for the Stakhanovist of the screen, Mr. Mark Strong.

.@YoungVicTheatre's A View from the Bridge will transfer to the West End early next year. http://t.co/kMJRzklYaY pic.twitter.com/FqsXC46UUd