Just a quick note. I talked of E.A.Poe’s Annabel Lee in Linnet’s blog in the comments of her post of last July. The conversation followed in an e-mail devoted to fantasy casting. The e-mail had as subject “Two Martinis Productions presents Annabel Lee”. This was my reverie after the above comments (if you watch the above video clip you will understand what I mean when talking of white and black angels):

Believe it or not, I won’t give Mr. A the part of Poe-The Lover. The film in my head is made with two very young adults Annabel and Poe, Abigail Breslin as Annabel and Thomas Brodie-Sangster as Poe, for instance
But, I could not leave Mr. A with a part, what do you think about Mr. A as Annabel‘s father and Mr. H as Poe’s father? With a double role for each one, Mr. A also the white angel and Mr. H the black angel.
Both characters would have different personalities; the story would be developed from the point of view of the angels playing chess using the lovers and the families as pieces. Mr. A the white angel in earth is a surly wicked person while on the contrary Mr. H, the black angel is a nice man who adores his only son, the late fruit of his happy but tragic marriage
Mr. A’s wife would be Rebecca Hall (I just adore her and I would DIE if I see her acting with Mr. A), and Mr. H’s someone fragile and ethereal… who would you cast?
(Linnet suggested Audrey Tatou as Mr. Hinds’ wife)
February 9, 2015 ~ Barsine ~ Leave a comment 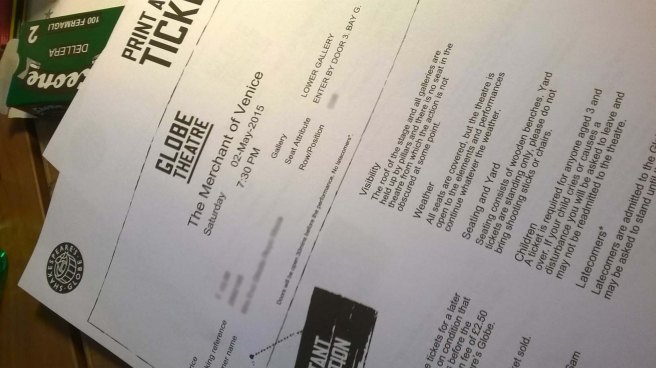 Almost everything is scheduled for my London trip. Theatre tickets purchased, plane and hotel booked (and payed), there is just a single unknown detail left: who will play Antonio in Globe’s Merchant of Venice? A complex character, torn by his love for Bassanio and his hatred for Shylock.

Antonio may seem weak, the mature man pathetically in love with a younger one who ignores him, but he’s not. In his very first lines he presents himself in a love-driven melancholia, as someone who thinks that his part to play in the world “is a sad one”. But we must not forget that there’s another Antonio, the one that, as Shylock will remind him later, “call(ed) me misbeliever, cut-throat dog and spat upon my Jewish gaberdine”, and also one of the most successful merchants in the city of merchants, a leading man. Who has just one and only weakness, Bassanio.

Believe it or not, this is still the blog of a slightly distRActed woman. Nothing like a piece of news like this to make me write my first strictly and voluntarily RA focused post : a TC screening in Rome! And with some luck also, they day after I go to Spain for a weekend visit to my family.

How do I feel? Well, I still cannot believe it. Husband has accepted his fate with not such a big deal of resignation, as this screening will be the apetizer for our 2015 London theatre season. We will be there in May to see Ralph Fiennes in the National Theatre and I hope to be able Monday to get tickets also for Globe’s Merchant of Venice with Jonathan Pryce as Shylock. I guess that amazon is quite sorry about this, as my orders in 2015 amount still to… zero. Their Italian 1Q review will show a decissive revenue decrease, untill The Hobbit BOFA DVD, of course.

When I want to see a film in the cinema I always have before hand a serious inner debate. I don’t know if the situation I will describe shortly happen also in other countries, but I can assure you that it happens in Italy and in Spain. There’re certain movies that to be watched deserve the big screen but there’s a collateral damage: big screen = cinema = people. If the film you want to see is screened only in five theatres in a city with an official population of three million (more or less), and you can go to the cinema only on the weekend, you will need a big load of patience and endurance, because you can be sure that the audience will be a problem. Last Sunday when I have watched Mike Leigh’s “Mr. Turner” I have suffered what follows:

– some of the before mentioned trying to find their exact seat instead of sitting in the nearest place possible, with related shouts “is this the row E?”

– supposedly witty comments (although the diagnose of Mr. Tuner’s housekeeper illness was wrong)

Notwithstanding the above, I have enjoyed the film. You realise from the start that if you want action you’d better dedicate your time and money elsewhere. The films opens with a five minutes long take of Mr. Turner sketching in Holland, surrounded by the yellow light of dawn while two women, one of them carrying two buckets with water, pass by chatting.

Mr. Turner deals with the last twenty-five years of life of the great painter; maybe not the nicest of men and sometimes even despicable. We see sketches of Turner’s life: his trips trying to capture the light and the essence of the sea, his rather chaotic domestic life, from the popular streets of London to the great halls of the Academy of Arts, a parade of humanity in all its variety from his housekeeper (Dorothy Atkinson is simply amazing) to Queen Victoria.

I hope the DVD will be released soon, so I can enjoy the original audio. This film is a luxury for the eyes, loved by the critics (first time I’ve ever seen such a consensus in Rotten Tomatoes) although detested by some viewers. For once in my lifetime, I’m with the critics.