I praised re-reading in a previous post, and my third read of The Count of Montecristo has been, in that sense, a success. Spending several days with one of the members of my personal Capitol Triad of male characters in literature (Edmond Dantés, Mr. Darcy and Prince Bolkonsky) is, as the famous ad says “priceless”. Moreover, each time I re-read one of these master pieces of literature I make a new discovery. This time it has a name and surname: Maximilian Morrel.

I remembered Maximilian only as the dull-spineless-lover of the cheesy Valentine Villefort; I have to say on my defense that I have not been the only one and that I was in the good company of tv writers, film directors and even scholars. For instance Keith Wren in the introduction of the Wordsworth Classics edition writes “about the star cross’d lovers, Maximilian and Valentine, the least said the better”.

But Maximilian Morrel is more than that… Of course, after a first reading, when you’re able to see beyond the shadow of his overwhelming father-figure Edmond Dantés. Nevertheless, re-reading the novel, I have realized that in other circumstances (f.i. if created by another writer) this character would deserve an epic of his own. Dumas, anyway, has always been honest with us regarding Maximilian: he’s a first prize; if we don’t see it, is all our fault. The first time he is mentioned, he is described “a strong-minded, upright young man”.

In his regiment Maximilian Morrel was noted for his rigid observance, not only of the obligations imposed on a soldier, but also on the duties of a man; and he thus gained the name of ‘the stoic’. We need hardly say that many of those who gave him this epithet repeated it because they had heard it, and did not even know what it meant.

After this introduction we see Maximilian willing to share with his father the weight of the shame that the eventual failure of the family merchant company will bring upon them, declaring himself ready also to commit suicide with the second pistol that his father concealed in his drawer for that occasion. The family is saved by Sinbad the Sailor/Lord Wilmore (one of the many alias of Edmond Dantés), and ten years later we meet again Maximilian in Paris, guest of the breakfast offered by Albert Morcef. His entrance can undoubtedly be defined as triumphant.

And he (Château-Renaud) stepped on one side to give place to a young man of refined and dignified bearing, with large and open brow, piercing eyes, and black moustache […] A rich uniform, half-French, half-Oriental, set off his graceful and stalwart figure, and his broad chest was decorated with the order of the Legion of Honour

Maximilian is introduced in the circle of Parisian high-society young men as he has saved in Africa one of his members, M. de Château-Renaud: “I already felt the cold steel on my neck” (he says) “when this gentleman whom you see here charged them, shot the one who held me by the hair, and cleft the skull of the other with his sabre”. And why did he save him? The main reason because “it was the 5th of September, the anniversary of the day in which my father was miraculously preserved; therefore, as far as it lays in my power, I endeavour to celebrate it by some…” heroic-action, as Château-Renaud puts it.

Morrel is a war-hero, a Poe-like romantic figure in the cemetery or Père-La-Chaise during the burial of his beloved Valentine “with his coat buttoned up to his throat, his face livid, and convulsively crushing his hat between his fingers, leaned against a tree, situated in an elevation commanding the mauseoleum, so that none of the funeral details could escape his observation”. He is a strong-willed man, with a deep sense of honour. In a sense, Maximilian is what Dantés would have been without a Danglars, Fernand or Villefort. When he learns that Valentine has been poisoned, he, as Dantés, considers himself the hand of providence.

You M. de Villefort, send for the priest, I will be the avenger

All the above framed in a beautiful, elegant but also strong body (Morrel was seen carrying, with superhuman strength, the armchair containing Noirtier upstairs) and a bright mind. He (but also Villefort, at the very end), is the only character in the whole novel to face Montecristo.

You, who pretend to understand everything, even the hidden sources of knowledge – and who enact the part of a guardian angel upon earth, and could not even find an antidote to a poison administered to a young girl! Ah, sir, indeed you would inspire me with pity, were you not hateful in my eyes

Therefore, considering all the above, why, when referring to Maximilian Morrel “the least said the better”? Why to reduce him in the several adaptations of the novel to screen or radio-drama, to a pathetic crybaby or an improbable Romeo? Maybe because Morrel is too perfect, too good to be true to make him real and we react rejecting him. A perfect human reaction, that’s what I feel towards the Jamie adored by legions of women in “Outlander” (I’m completely unable to connect with someone so utterly perfect). Whereas Dantés-Montecristo has some defects (the first of them all the tendency of considering himself God and believe it) that render him, nevertheless, human, the only thing we can blame Maximilian is living, when he’s not serving in the army, with the “royals of cheesiness”, his sister and brother-in-law.

Anyway, as far as screen adaptations of “The Count of Montecristo” are concerned, the neglect of Maximilian Morrel’s character is “peccata minuta” compared to the fake happy-ending Dantés-Mércèdes. That would deserve another post. 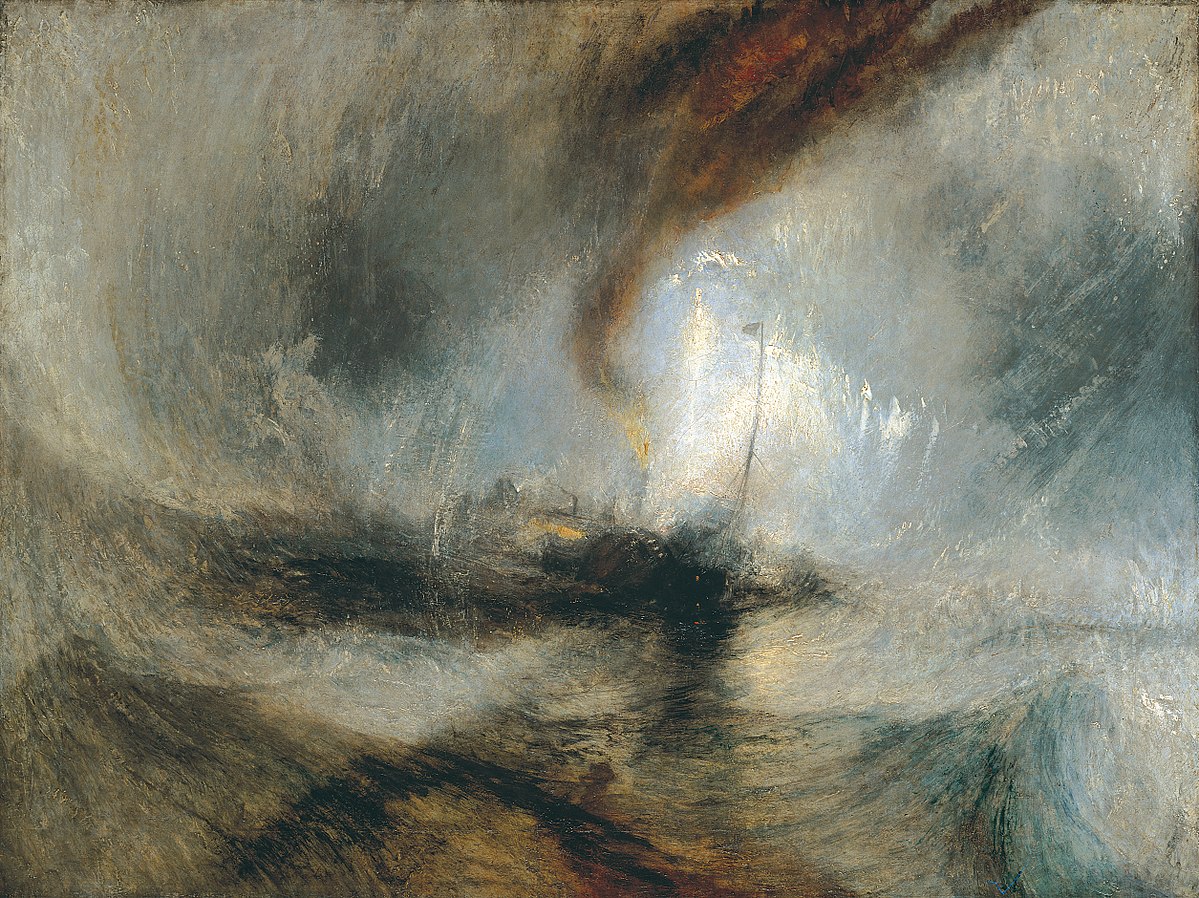 ‘Have you known what it is to have your father starve to death in your absence?’ cried Monte Cristo, thrusting his hands into his hair; ‘have you seen the woman you loved giving her hand to your rival, while you were perishing at the bottom of a dungeon?’

‘No’, interrupted Mercédès, ‘but I have seen him whom I loved on the point of murdering my son.’

Last December I bought several Wordworth Classics books. After a couple of months’ break I’m continuing their reading. I must admit that I have abandoned “The Idiot” by Dostoievsky around page two hundred and something; honestly speaking, I can’t read it for the time being, it bores me to death. Furthermore, I had Edmond Dantés waiting for me, calling me like a siren, and I couldn’t wait longer to read Dumas’ masterpiece for the third time, the first in English. One of my favourite passages is Edmond’s visit to the barber shop in Livorno, and the description of his transformation under his scissors. The comparison between the memories he had of his own face when he was imprisioned, at nineteen and what he sees now reflected in the small mirror in the shop, a man of thirty-three, is a master piece of literature. It’s impossible for me not to renew my endless devotion for Edmond after reading this.

This was now all changed. The oval face was lengthened, his smiling mouth had assumed the firm and marked lines which betoken resolution; his eyebrows were arched beneath a brow furrowed with thought; his eyes were full of melancholy, and from their depths occasionally sparkled gloomy fires of misanthropy and hatred; his complexion, so long kept from the sun, had now that pale colour which produces, when the features are encircled with black hair, the aristocratic beauty of the man of the north; the profound learning he had acquired had besides diffused over his features a refined intellectual expression; and he had also acquired, being naturally of a goodly stature, that vigour which a frame possesses which has so long concentrated all its force within himself.

To the elegance of a nervous and slight form had succeeded the solidity of a rounded and muscular figure. As to his voice, prayers, sobs, and imprecations had changed it so that at times it was of a singular penetrating sweetness, and at other rough and almost hoarse.

Edmond smiled when he beheld himself: it was impossible that his best friend — if indeed, he had any friend left — could recognise him; he could not recognise himself.

Clouds as the ones I saw last week in Castille; clouds in the sky, clouds in the eyes of my old auntie. I’ve never realised that her eyes are of a deep-blue, almost violet shade. I didn’t recall the colour, as she doesn’t remember well where she’s lived for the past forty years, but remembers perfectly their (her and my mom’s) small village in Aragon, and asked me many times during my visit if I ever return to the pueblo. I’ve been there only once when I was I guess ten years old, for the funeral of a distant unknown relative.

What is worse when growing old, to have a clear mind trapped in a dying body or having a relatively well-functioning one for a 86 year-old but with a mind full of clouds and gaps? One of the things that have shocked me the most during my visit was not the reflection of time in a once well-known body, nor when she told me Do you know that G. [me] will visit me also?, but the lack of books in her room. I always remember my aunt’s bedroom and house full of books; most of them dealing with philosophy, or religion. Therefore, if that’s the dilemma, if the price to pay to have at the end a happy but absent mind in a decadent body is to give up books, I guess I’d rather choose a clear mind trapped in a dying body.